Palm Sunday is the start of Passion Week, the final seven days of Jesus’ ministry and is our chance to reflect on Jesus’ life. The palm branch was a Jewish symbol of triumph and victory.  Traditionally at that time people covered the path of someone deemed worthy of highest honor with cloaks or palm leaves.

Therefore, a large crowd followed Jesus as he rode in, spreading their cloaks, or putting palm branches on the road”.  As a result, the people were actually giving Jesus the royal treatment—such as for a king.  Jesus was given this honor as he neared the end of his journey toward Golgotha.   But it was the “beginning of the end” of Jesus’ work on earth.

“The people shouted, ‘Hosanna to the Son of David!’ ‘Blessed is he who comes in the name of the Lord!’ ‘Hosanna in the highest heaven!’”.  This caused anger and resentment from the religious leaders present. They said to Jesus, ‘Teacher, rebuke your disciples!’”. But Jesus replied, “I tell you . . . if they keep quiet, the stones will cry out” (Luke 19:39-40).   Hosanna is actually a plea for salvation. The Hebrew root words are found in Psalm 118:25, which says, “Save us, we pray, O LORD!”. The Hebrew words yasha (“deliver, save”) and anna (“beg, beseech”) combine to form the word that, in English, is “hosanna.” Literally, hosanna means “I beg you to save!” or “please deliver us!”

First, the people were excited and expected him to rescue them from the Roman rule, but they did not understand what for Jesus’ was there to do.  He had come to give His life on the cross, to save mankind from sin and death.  Not save them at the moment from Romans. The multitudes waved branches and shouted,   “Hosanna!”  yet a short time later were yelling “Crucify Him!” (Matthew 27:22–23).

Zechariah had prophesied this event over 400 years before Jesus’ arrival in Jerusalem, “Rejoice greatly, Daughter Zion! Shout, Daughter Jerusalem! See, your king comes to you, righteous and victorious, lowly and riding on a donkey, on a colt, the foal of a donkey” (Zechariah 9:9).  And so it was fulfilled.

In conclusion, one day Jesus will return gloriously. There will be a huge celebration in heaven one day: “There before me was a great multitude that no one could count, from every nation, tribe, people and language, standing before the throne and before the Lamb. They were wearing white robes and were holding PALM branches in their hands”. (Revelation 7:9-10)

All this was done that it might be fulfilled which was spoken by the prophet, saying:

“Tell the daughter of Zion,
‘Behold, your King is coming to you,
Lowly, and sitting on a donkey,
A colt, the foal of a donkey.’”

Cast all your anxiety on him because he cares for you.
1 Peter 5:7
DailyVerses.net 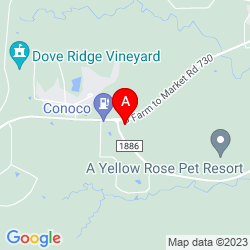