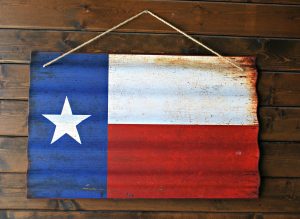 The question of liberty has been with us for a long time and it seems we are no closer to an answer today than we have ever been. Is it good that people should be free to say and think what they will without fearing retribution from their peers or the government under which they choose to live? In fact, one might even ask if it is possible?  Liberty and laws are for your benefit.

To believe this way requires the belief that somewhere in the cosmos there could exist a place where there are no predetermined rules and laws under which men must live. Of course, no such place exists as far as we know except in the minds of those who are still at war with the “System”, or “The Man”, or whatever name best describes those who would give us order.

Enter stage right, a four-year-old boy with long hair which is against school policy.  He must cut his hair.  Whether you agree with the policy or not we are obliged to submit to the rule. The problem here is not so much the length of hair as the ability of people to submit themselves to the rule of law. I would be much more likely to listen to the appeal of the parents on the hair issue if they had already chosen to comply and cut their son’s hair, (after all it is just hair and will grow back) then later start a campaign effort to change the policy.

Let’s take a look at another example. The Texas Department of Public Safety decides to set a speed limit. This decision is made in a room where a group of qualified men try their best to do just what their name says. They are looking at as many variables as possible to determine what will be a safe speed for vehicles to travel in a given area. They must consider things like visibility for everyone involved, road conditions, the number of unexpected pedestrians which will be exposed to the traffic, and many other safety issues too exhaustive to list here for fear of boring you to tears.

What they don’t consider are other factors like what time you should have left the house to get to work on time, whether you might have a flat tire when you got up, whether you have a grumpy boss who will throw a fit with you for not being on time again, why that red light seems to want to catch you every time you come through. Now logical thinking would bring me to the very liberal conclusion that I am not responsible for the fact that I was doing 60 in a 40 trying to make up for everyone else’s oversights. After all, I am a very safe driver and have not had any wrecks since I was in high school.

I saw recently a small segment on one of the local news channels about an intersection where the camera observed several people turning from a non-turning lane, in violation of the law. When the reporter asked one of the drivers what should be done about the problem, his response was staggering. He said,” It is easy to see that the people feel that this lane should be a turning lane so I think the city should come out here and change it.” Really? Do any of us really believe that matters of public safety should be determined by public opinion? For that matter can any rule of law be determined by public opinion?

Our Constitution calls for Supreme Court judges who will rule on matters of law based NOT on public opinion. Our founding fathers were smart enough to know that public opinion can be swayed by such issues as cost and personal responsibility. Let us not forget that public opinion gave the right to people, not so long ago, to abuse many of our fellow men and women, created in the image of God, for no other reason than that their skin color was different.

These scenarios, sound crazy to some and yet perfectly understandable to others. The reason is that many people long for a world where they are free to make decisions on their own without the scrutiny of others who are only trying to steal their rights. I am convinced that this dangerous thinking is the root of most, if not all, of our trouble today.

Here comes the statement which causes me to fall out with some but can’t be helped. A world without rules is chaos. All societies are ruled by either order or disorder, there is no middle ground. Liberty in a society such as ours must be limited to protect.

Jesus died that we might be free from the curse of the law but not that it should go away. The Word says that the law must be written on our hearts. Heb. 8:10 and Heb. 10:16

Please know that I am not saying that laws and rules are always right. Far from it. I do however believe that these things can only be changed by confronting them in the proper manner, considering the matter thoroughly and soberly without the pressures or the urgency of the moment. Only then can we say we have done our best.